Cleaned the carbs. Did seem a bit better but still idling too fast even with the slides bottomed out. 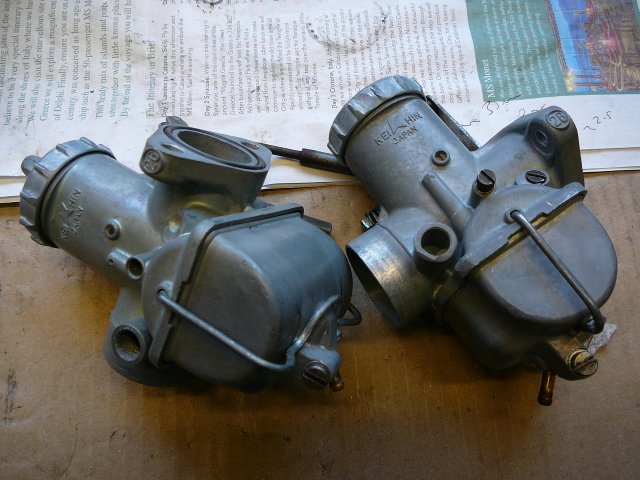 When I tried in the street, gearchange was very poor but my thinking was that it was more clutch than gearbox related. I tried to adjust at the adjuster on the RHS engine cover but this was jammed. On stripping down I found that the spring from the grease nipple had been pushed out and jammed the barrel not something I had seen before. While the cover was off I started a bit of cleaning …. the combination of dirt + oil/grease is not easy to shift. 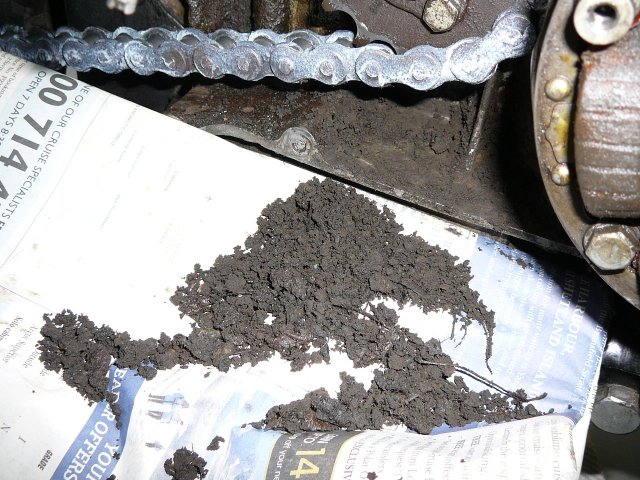 Putting back together, the clutch felt a lot better and the gearchange much improved.
The next thing I wanted to do was to try and quieten a bit. As purchased it just had open pipes so was a bit too loud (for my neighbours). The options I had recommended were to look at VW beetle pipes and making baffles. The VW pipes were quite cheap, I managed to get a new pair for about £16 and they would just push fit into the end of the existing pipes. The problem is that they would be a very tight fit and I do not think I could ever get them out again if I wanted to restore the pipes in the future. I therefore also bought some parts to make up baffles; plumbing fittings, end caps and 22mm perforated tube. 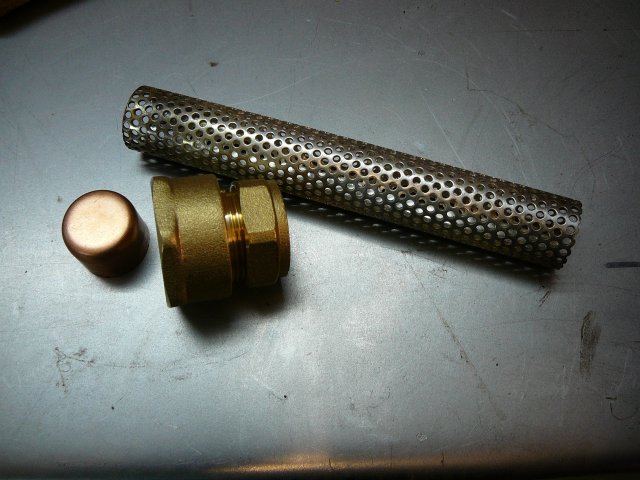 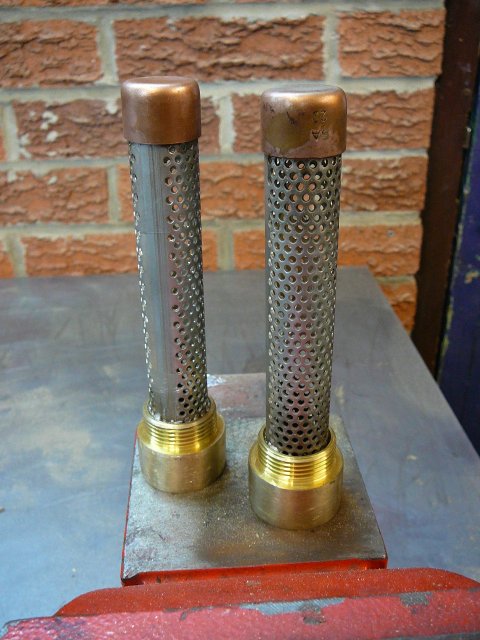 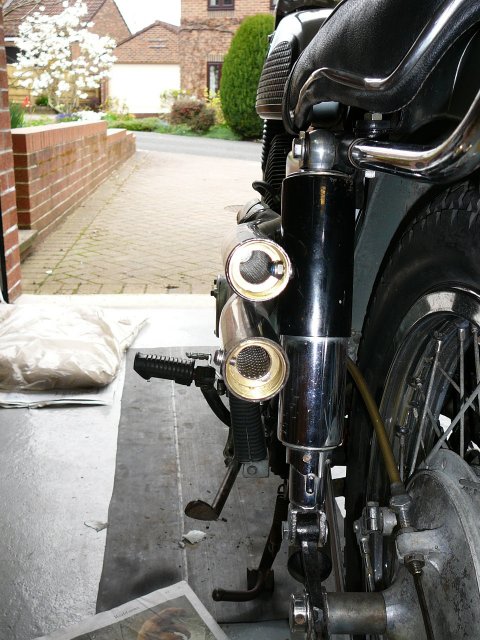 I made up the baffles, they were soldered together though probably not needed and the fitting filed down to fit the 35mm id of the exhausts. No science involved in the design. Do they work? I did try measuring noise levels with an app on my phone but this was not really successful but to my ears they have definitely reduced noise levels though not to a massive degree.
After I had finished them I noticed you can buy universal baffles cheaper than the parts I used but that would not have given me the same satisfaction as making them.

Now I am at a bit of an impasse as I wanted to thoroughly test the bike to decide what to do next: go for a full restoration, run as is for a while or whatever but given the virus restrictions that is not possible at the moment.
Greg
Top

Thanks Muddy,
The existing holes in the pipes where the original silencer/muffler had been removed are in different places and sizes so I could not get a locknut on one of them so I tapped the holes. Not much material to work with but hopefully will be ok.

My rebuilt carbs are leaking. I did replace the bowl gaskets with some I had from a Taiwan sourced rebuild kit but they are useless. The old originals are better but still leak so will have to source some originals. Access to the carbs is a bit of a pain compared to the cb.

As there has been a bit of relaxation of virus control conditions I did take the bike out for a short run to get petrol.
It seemed to pull reasonably strongly, brakes are now acceptable but this is the list I put together of items to address excluding cosmetics:
1. Oil leak from RHS - not sure if final drive or crank - do not think kickstart.
2. Small oil leak from RHS exhaust port.
3. Small oil leak from centre of cam chain tensioner.
4. Small oil leak from front LHS tappet cover.
5. Fuel leak from tank cap
6. Oil leaking from bottom of LHS fork - not drain bolt
7. Engine missing at low/mid revs, ok at higher revs. Idle speed a bit high/inconsistent.
8. Damaged front wheel tyre valve
9. Main stand sagging
10. Not sure if steering damper is working
11. Rear brake light switch mount repaired and badly positioned
Plenty to keep me busy, and looks like I will need to remove/rebuild engine to sort out the main oil leak.
Top

Took the engine out of the frame to work on and decided to start a restoration. Found some problems with the exhaust (see separate post) but all came apart without any problems though I am wondering how I will get the engine back into the frame without scratching it if I repaint it. Engine will need a lot of cleaning before I can pull it apart. 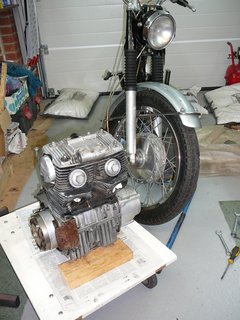 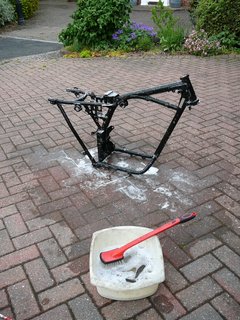 Should keep you busy for a while during 'lockdown'
Good Luck.
Top
Post Reply
15 posts